I just wanted to let you know alittle about a resource you could be (quite literally tapping into ) Netflix has a huge amount of health related documentaries on demand at the moment. If you wanted to sit and learn alittle while relaxing, Netflix has funny yet informative TV documentaries that have made me think alot this week.

I've seen Fat, Sick and Nearly dead many times before, it was one of the things that kick started my love of publicizing juicing... especially at work! I didn't think that anyone would be interested in juicing this time last year, but surprisingly lots of people know about this, and do juice! It's a simple documentary about an Aussie guy who decides he's going to go on a 60 day juice fast, whilst travelling across America. It documents how he does, the people he meets, with an interesting twist!

Deffo worth a watch! Enjoy that gem! 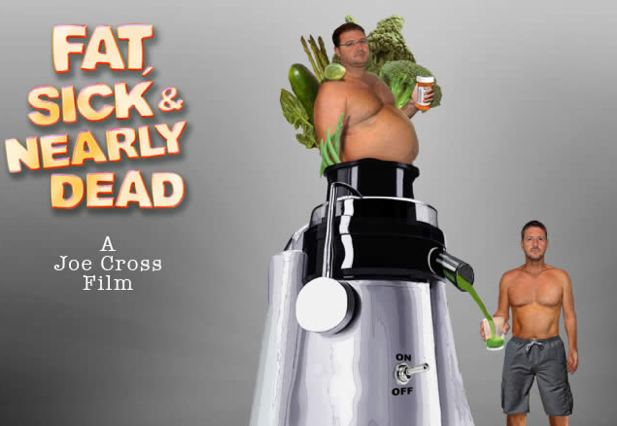 A documentary mainly focusing what is in our food, and the health aspect of diet. "Let Thy Food Be Thy Medicine, And Thy Medicine Be Thy Food." - Hippocrates That is the message from the founding father of modern medicine echoed throughout this documentary film.

'Food Matters' I found is quite hard to watch- , as it is brutally honest and makes me want to shake people up who are damaging their health by food..... it features raw food chefs, doctors, dentists and many other people who talk about 'ground breaking' healing with the use of food. Food Inc is .... well, I have no words. It is about the way ALL food is grown, not just meat as the poster below depicts. Wheat, Soy, Corn, Milk, Meat, Vegetables, within Farms, GMO, industrial farming. It is shocking- the parts where they show inside the slaughter houses, egg farms, and breeding farms, it made me feel sick to my stomach. Having heard many many stories about slaughter houses growing up from around the age of 4 or 5 ( my grandfather worked in a slaughter house when my Mom was a little girl right up until I was around 2 or 3. ) I was pretty sure I knew how awful they were, until I saw the hidden camera footage within this documentary. I couldn't watch most of it, granted... but the noises were bad enough. The other things that shocked me were the parts about Corn and Soy.... worth a watch if you're vegan or non vegan! 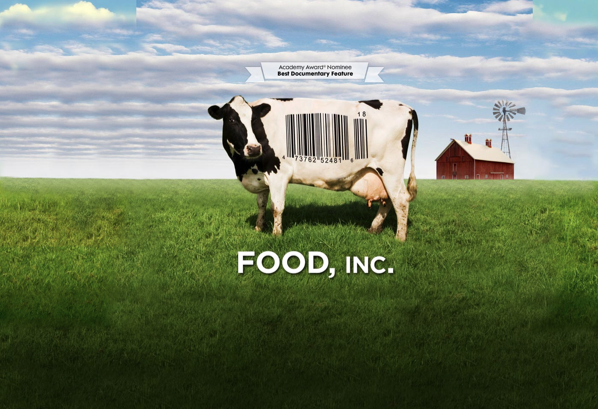 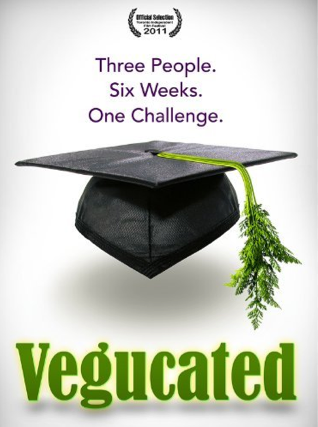 Vegucated. 3 People. 6 Weeks. No Animal products. At first when I started watching it, I disliked this documentary film immensely as the presenter Marisa was passionate, but promoting all this junk vegan food to the people trying to be vegan, Oreo's icecream, candy, crisps etc in the supermarkets and Deli's. But... I continued to watch and after 30 minutes, it became such a sweet, thoughtful piece of film. I loved watching the addicted-to-meat Brian change the way he thought about meat. The other two ladies on Vegucated were also so sweet, Tesla and Ellen - I could relate to hugely! When I started on my vegan path, I also found it so hard to give up Dairy, but there's so many benefits to it , not to mention how the cows can be treated!

Interesting Info: Since watching the above films with me, Pauly my fiancee has given up meat and dairy. He's still having the odd egg, but I'm sure he will soon come around to not eating those too. 3/4 of the way to becoming vegan and super healthy - I never thought I'd see this day since Pauly is THE biggest   was such a huge fan. I'm so pleased for his health he's decided to rethink the way he eats.... SO, I think that Netflix is amazing right now... worth checking out!