Breakfast in the forest with Beef tomatoes and Vegusto Deli Slices. 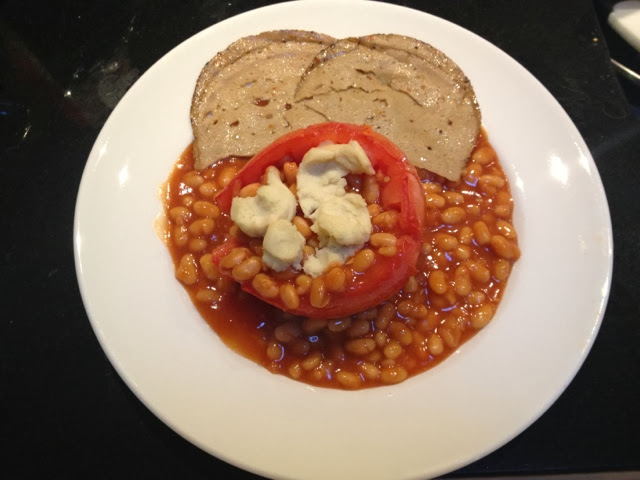 Vegusto is one of my favourite vegan brands which specialises in cheeses, 'meats' to name a couple . Lately since I've been looking for new things that will fit in with my healthy lifestyle I find it more and more difficult to find vegan brands that aren't soy based and thankfully this one is just that - it's soy free ! Yipppppeeee !!! Well what are their products made from I hear you ask ?! Just all veg/ plant based things , and no soy !

When we went away for the weekend this weekend, I took along the Deli- style slices, and had them for breakfast,  they were so different to everything I've ever tried, even Mr T ( who is non vegan, and a huge meat lover) said they are really nice and he probably wouldn't realise they were made from vegetables. 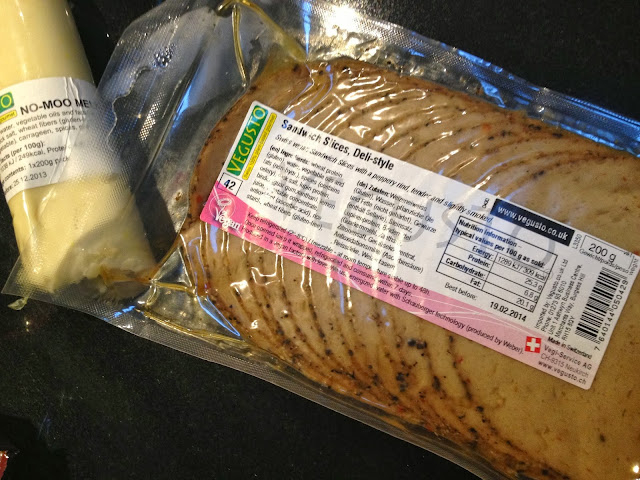 For a quick yet very, very tasty breakfast scoop out the brains of one or two beef tomatoes.
Fill with chopped onions, pesto, cashews and top with beans and vegan cheese ( I used the No Moo melty ) and pop on a baking tray and grill in the oven.  For extra protein I had the rest of the can of beans, and then added 4 slices of the Deli Slices. 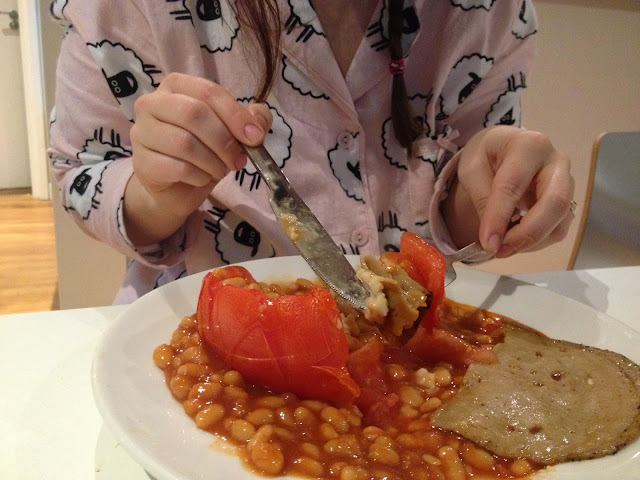 After I sat down with mine, the boys decided that they wanted to join in on the vegan breakfast, appart from Seth that is, he was already tucking into his. 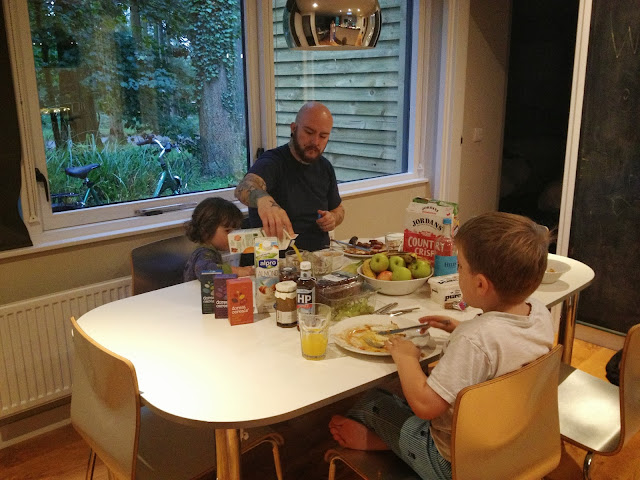 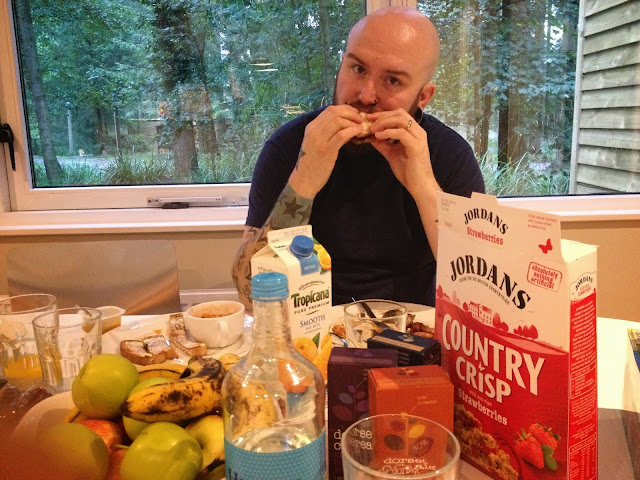 After breakfast we had some webbed footed friends come to visit..... they ended up making their way into the villa, which the boys found very amusing- especially Opeie, he started trying to speak 'duck' saying " Quack , quack quack Mr Duck" , i LOVE that boys imagination! Where as Seth just stood there laughing saying "Pauuuuuly, there are ducks in the house.... and continued to drop bread all over the floor inside. 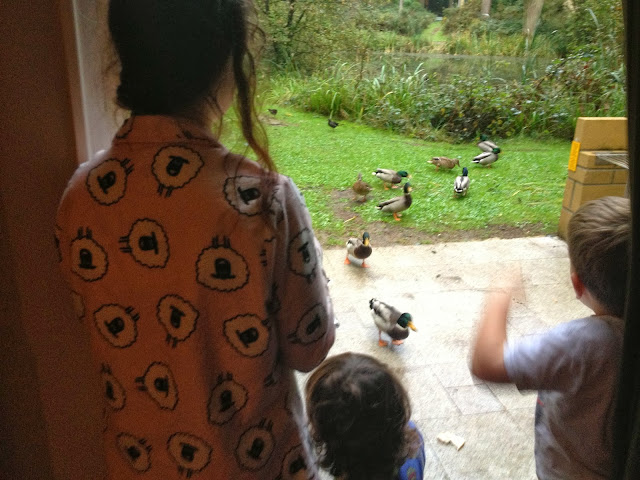