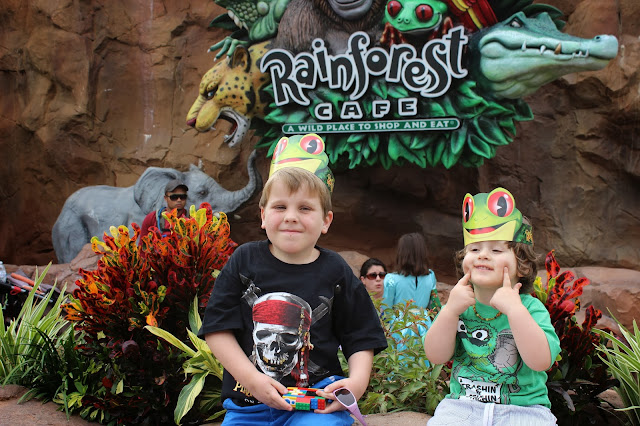 Well, as I mentioned in a previous post, being vegan avoiding Soy and Gluten in Orlando is tough!

I did extensive research before we went via a few vegan food blogs, but obviously I couldn't see if any of the meals/ snacks were excluded from gluten & soy. Well, I can tell you now! We found 2 places that we were able to eat at in ALL the parks. Everything had soy in it, followed closely by gluten. Most places were unable to even do pasta gluten free.... you'd think a huge place would have ample vegan / food allergy options.


I had to share this with you though:  The one place we did find that Opeie & I could eat at trouble free was Rainforest Cafe at Downtown Disney, they had a whole lot of options! They were able to produce an allergy menu, which had alot of vegan options, but sadly they all contained soy or gluten apart from the "Vegetable Pasta" dish. 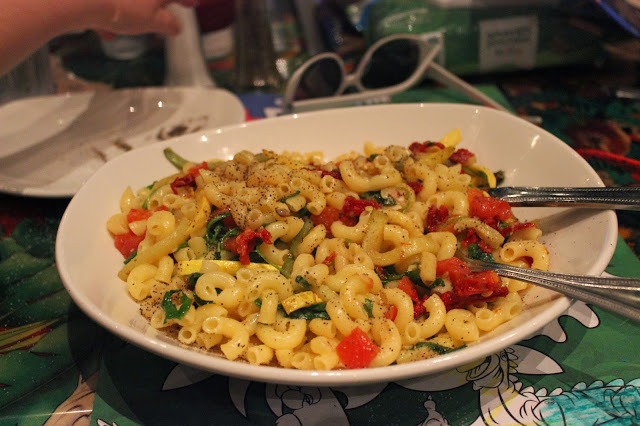 For such a simple dish, the meal was amazingly flavoured, creamy and everything I could have wanted and more. It was also HUGE! I wish I'd have asked which brand of pasta it was because I'd have loved to have brought some home.

Opeie and Seth also had the same, but they had alittle bit of tomato basil sauce on theirs, and they both loved it so much they asked for doggie bags to take the rest of theirs home, since the children's portions were also huge! My meal was $16.95 which is alot for a bowl of pasta - even if it was huge! That said, I would definitely go back and have it, it was delicious and my mouth is watering just looking at it. 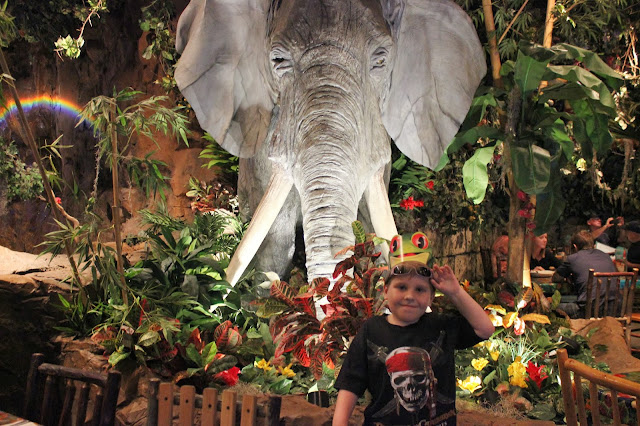 The children's meals were $5.95, as I said the portions were massive. Opeie and Seth could have split one easily and still have had some left over. Seth said it was delicious and asked if we could visit again, and Opeie said it was 'Yummy' which is lovely to hear since the little man seems to struggle so much when we eat out as he's always stuck with gluten free pasta, and I think he gets bored of it. Later on he asked for the doggie bag left overs for dinner, which I heated for him, and served with fresh veggie fingers, fruit, hummus and nuts. 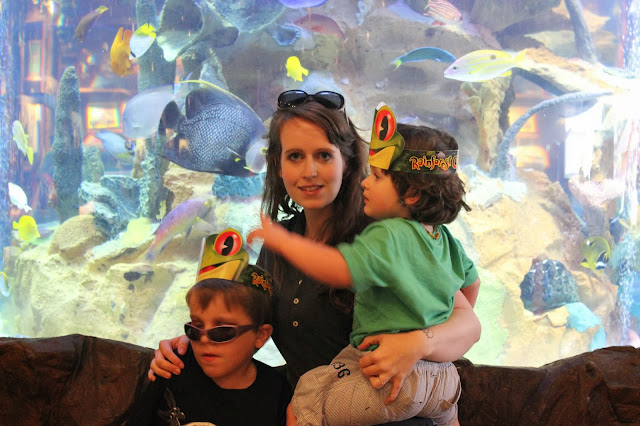 About the rainforest cafe.

It's set inside a HUGE Volcano, filled with rainforest animals, vines and leaves all over the ceiling, and crazy attention to detail all over the restaurant including a beautiful waterfall.

Every 20-30 minutes, for around 90 seconds , a huge thunderstorm which is beautiful hits the tropical volcano. It's an unusual that they've set a rainforest inside a volcano, but it works! It's so much fun and the boys loved it! I'd definitely recommend it. 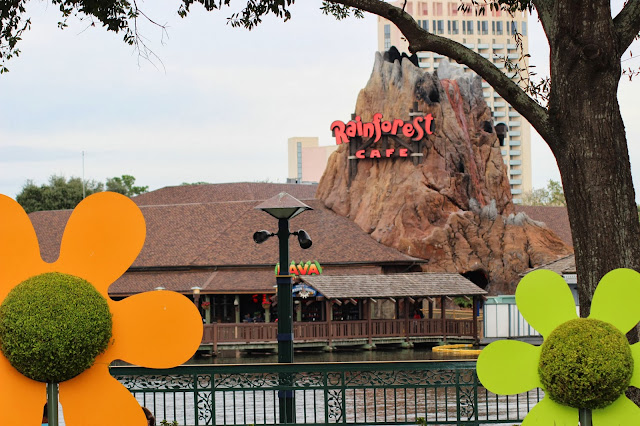